This is just a short piece of text to describe the people I game with, names have been avoided to protect the innocent (although that term hardly applies to this bunch), and initials have been used instead. I'll also add comments about characters, however my knowledge of other people characters is ropey at very best.

Well what can I say, I'm just me really?

Chas D`Vorgias, a Drow Ranger (not exactly original huh), a character that turned down godhood, and ended up acting as High Sheriff to the Great Dale. For some odd reason towards the end of the campaign, absolutely NO game session could pass without someone commenting on the size of Chas`s penis, an annoyance to me, but originally springing from a comment I made about "it" being 30 foot tall and 20 foot wide (I was actually talking about a tower).

George, A Thri-Kreen Ranger, who had delusions that he was a Paladin since he had Psionic powers that allowed him to heal with a touch. He actually managed to get one convert to his god (gods don't exist in the Dark Sun setting).

Cerene Orph, an Elf Hakima, this 60ish elf (elves live hundreds of years so at 60 she actually appears to be a young teenager) is a Hakima (village wise woman), and apart from divine powers she is also an expert bargainer. 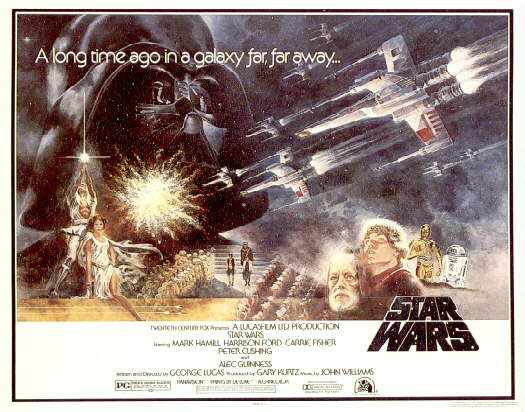 Slavicsek, a Quarren Pilot, this squid headed alien is an expert pilot that I played before I took over the GM`ing of Star Wars, although he was handy with a Blaster, and had the highest dodge skill in the party, outside of a starship he was nothing but a target, inside a starship he was deadly.

Sarah Colley, a Homid Black Fury, built upon the premise of a Vampire Slayer (long before I saw Buffy), this Werewolf is a combat monster even amongst werewolves, however this means she is very much of a one trick pony.

Cedric, a Tskrang Thief, the adoptive son of my first Earthdawn character (whose only main feature was discovering that he had a tail he could hit things with, during a fight). Cedric has taken multiple classes, and while he isn't as advanced as any of the other characters, he can do heck of a lot of different things.

Mark Verheiden, an Elf Street Samurai, abused and beaten as a child, Mark was an opportunity for me to play a honourable psycho. His street name was Kebab, and in his ultra cool street gear of Bermuda shorts and a Hawaiian Shirt he would skulk through the shadows like a brightly coloured ninja.

Mark Buckingham, a human mage, although not a full mage, only a sorcerer adept, Tarot was laden down with magical foci, and managed to survive his first adventure without even getting a scratch (unusual in that everyone else needed long term hospitalisation to survive the sniper that attacked us in the first scene).

The groups other main Gamesmaster, he runs D&D 3rd Edition currently, but is looking into starting running Fading Suns D/20, he is also the groups main note taker, which is a real problem when he's Gm`ing.

Lady Calyn Brenlon Palagia, a human Knight of the Tapani Sector, while becoming a Jedi (slowly) this noble woman fits into the group dynamic in a slightly odd way, because the rest of the party pretty much lives up to the "scum and villainy" talked of in Star Wars. With such an, errrm, mouthful of a name, some error remembering this characters name was inevitable especially because she was a late addition to the group after they had all become well acquainted already. However the title "The Lady Fellatio" stuck for far longer than it took for people to remember the characters correct name.

Dan Skorupski, a human Knight, with a twisted perspective, and a hobby of torture, Dan fitted into the core of the group with a ready ease.


R has asked me to insert the following "Thats not fair, Dan hasn`t tortured anyone for a few years now. Admittedly, we haven`t played for a few years..."

Scimitar, who was a detective, R`s twisted world view came to the fore once again, as this detective wore a curiously stained raincoat, and couldn't be trusted around women's underwear.

Zebedee, a Human Street Samurai with severe frustration, who unsuccessfully tried to seduce every female the party met. Until he tried it on with a female troll, and succeeded.

Dorn Capulet, a Human Wizard, a member of our first Earthdawn party which lasted a mere two sessions before being wiped out by slavers, but he helped the fight off an Orc ambush in our inn rooms by casting attack spells - without getting out of bed.

Marshall Pendragon, human paladin, the centre of our Forgotten Realms party, Marshall's code of honour as a paladin pretty much set the ground rules for how the rest of the party could act.

The main GM of our group in its early days, now has too many Real Life © things to fill his time, and very rarely gets to GM.

Ahira, human tech, dangerous in combat, short, skilled in repairing and maintaining technology, and did I mention short. Ahira was the group's tech, hacker and pistol expert, who also gained a phobia of electrified crowbars hitting him in the nuts (the only character who has ever paid out extra for groinal insulation).

Trana Silverstream, a female Gold Elf Battle mage, although not L`s first character in the AD&D campaign (the first was *ahem* accidentally killed by me), it was his longest played AD&D character. She somewhat carelessly managed to assassinate a member of her own royal family, and was forever after remembered as a royal assassin (which she made sure she reminded other characters of when they became Kings). Trana started play as a lieutenant in the army of her city, and was promptly christened by the group Lieutenant Myron GoldElf (Lieutenant Myron Goldman was the team leader in the series "Tour of Duty" which most of us watched at the time).

Dorrn, a Bajoran (yes the Star Trek Species, ridgy nose and all) Jedi, Dorrn seems to attract the attention of GM`s when they`re planning soemthing for a character, R cut off Dorrns arm while he was GM`ing Star Wars, and now I almost turned him to the dark side. Dorrn is the partys pilot (since I started GM`ing), and although has now become a full blown jedi Knight, he fights being refered to as a Jedi (since bad guys always seem to be gunning for the Jedi) and prefers to be called an alien student of the force.

(L has asked me to remove the fact that C is his little brother, as he wants to deny all knowledge of him, so I have) C once ran a GURPS campaign (okay a couple of adventures really) based on the V television series, when a group of normal everyday characters became involved in a struggle against alien invaders (well, the characters were normal if you consider a party including a pit fighter, a martial arts expert and a 13 year old computer geek, normal). The campaign was different since it was based in our home town, however this turned out to be of dubious value, since although we could vividly picture all of the locations, it led to arguements over the exact layout of the town as we got into chases.

John Crush, troll gangmember, originally had the street name Grunt, but later became commonly refered to as Tackleberry (after the character from the Police Academy films) due to his unusual and slightly disturbing gun fetish (he used to give his guns names). Tac liked to shoot at dragons, even if they were only the helicopters of the same name.

ArmyNavy AirForce, a Human heavy weapons expert, although this was not his real name, no one actually remembers what his real name was, however due to C`s incredibly illegible handwriting the characters name appeared to be ArmyNavy AirForce, the first of the original ToF-SE characters to die, his cybered body was eventually sold for scrap when it bacame riddled with minigun bullets.

????, a Werebear and lumberjack, slow but incredibly strong this character hung around our pack of werewolves, something we were glad of whenever combat broke out, however since when in werebear form he was over 20 feet tall, we had to make sure we never got into fights in enclosed spaces.

Torg Simunk, a Human Barbarian Priest of Tempus, (due to C`s hand writing I personally spent some time believing the characters name was Torg Chipmunk), this character was the only of our Realms characters to get married, but that was only due to his character getting caught in bed with a tribal chiefs daughter. He is often remembered for his lack of cunning tactics, especially in duels when he would repeatedly fumble and drop all of his weapons with terrifying regularity. Torgs wife eventually left him, taking all of his worldly goods, AND the party`s Spelljammer (we weren`t exactly chuffed).

Patrick Harper, a Verpine Tech, the Verpine are a hemaphroditic insect race with a severe technology fetish, this has manifested itself in Patrick as an almost pathalogical need to collect datapads, he has been known to go beserk in combat when someone damages technology, although he is far more relaxed about damage to his fellow party members. Patrick is the only non-jedi in the party, and has a cybernetic implant across the top of his skull (placed there to avoid the antenna on the sides of his head).

??????, an Orc Fighter (although even this detail possibly eludes me), who as one of our first Earthdawn party was convinced to be "our inside man" against a group of slavers by being sold to them as a slave. Unfortunately the partys true plan, to make some money by selling off the most gullible in the group, was foiled when the slavers attacked and killed the party to the last man.

Page designed in Notepad, logo and buttons done in Personal Paint on the Amiga.
Text completely by F J Moody.
Images stolen from various web page I`ve now forgotten where (Copyright however will reside with LucasFilm).
Any complaints, writs for copyright abuse, etc should be addressed to the Webmaster F J Moody.